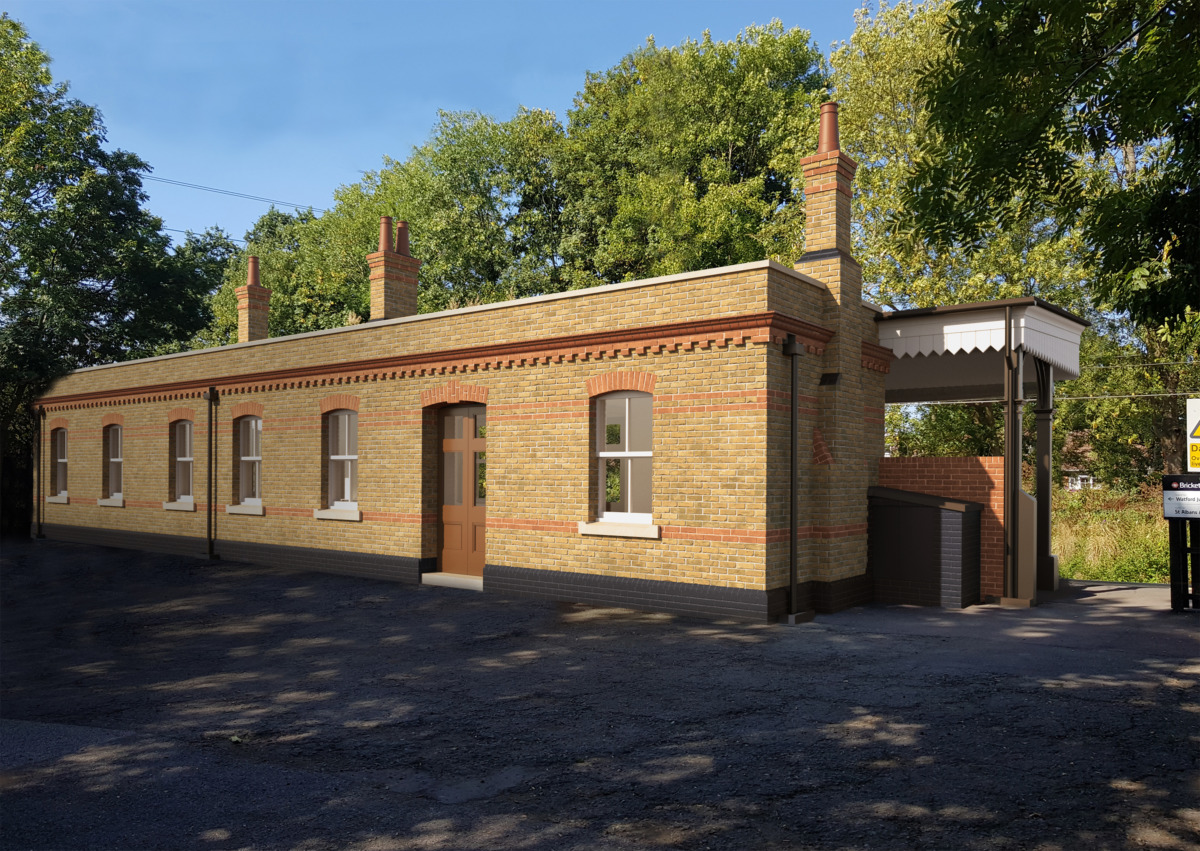 As 2019 draws to a close we wish to thank all members and supporters of the Bricket Wood Station Heritage Trust for their encouragement and forbearance during which, whilst it may not outwardly seem that much has been happening, there has been some very encouraging progress behind the scenes.

Firstly we are excited to announce that we are now in possession of a draft lease from Network Rail, solicitors have been appointed and we have begun the process of pouring over the detail. As we have always said, the lease is key to the future of the project, without it we would remain but a mere local interest group with no real power to influence the future of the station.

To assist with the solicitors fees, we realised in late August that our bank account needed a bit of a top up and by the end of October we were very grateful to have received additional funds from Councillor Sue Featherstone (£1000 from her Locality Budget), as well as £500 from the Bricket Wood Residents’ Association, £300 from the Bricket Wood Society, £250 from the Park Street Residents’ Association, and last but not least £2500 from the Association of Community Rail Partnership’s ‘Small Grants’ fund. The debt of gratitude we owe to all of these organisations and people, most of whom are donating to us for at least the second time, cannot be overstated, and once again demonstrates the depth of support that we enjoy in the community and within the wider community rail network. Without their financial support it would simply be the case that we would not have got going at all. This belief in us will, we hope, be rewarded imminently.

And so this brings us to the second very exciting piece of news. In late September we submitted an application to the ‘Customer and Communities Improvement Fund’ (CCIF), run by London Northwestern Railway (LNR), the Abbey Line’s train operator. The £1.7m CCIF, part of the corporate social responsibility aspect of LNR’s franchise commitment, is designed to, “improve urban areas and local neighbourhoods across the LNR network by inviting bids from the region’s communities who have innovative schemes to bring to life”. The CCIF will run every year for the next six years. This year, projects were vying for a share of £1.7m. One of the specific examples of projects which the CCIF seeks to encourage are, “projects to bring disused station buildings back to life”.

Seizing the day, we put in a bid for what we estimate to be the full cost of restoration and fitting out the station building ready for service – a figure just shy of £300k. In mid-November we were delighted to hear that our bid had been shortlisted, albeit only up to £150k (50%) of what we had put in for, but nonetheless a significant achievement considering how stiff the competition had been. We are one of only 19 such bids to have been shortlisted, from a total of 125 received by LNR.

The final hurdle to be overcome now is Department for Transport (DfT) approval, and so just before Christmas, LNR asked us to clarify a few things prior to ‘final submission’ of the shortlisted bids on 1st January. We should know whether or not we have got the money by around the end of January. Funded projects must begin no later than 1st April 2020 and be complete by 31st March 2021. If we are successful in gaining DfT approval, the CCIF funding will only be enough to restore the outer shell of the building (roof, windows, doors, chimneys, guttering, brickwork etc). We would then be eligible to apply for further CCIF in the 2020-21 funding round to complete the job (internal fit-out). However, the Trustees may consider trying to raise the balance of funds independently so that completion of the project can be realised much sooner and the cafe can start trading in 2021.

With both the lease and a significant chunk of funding now tantalisingly close to being in place, we can at last start to plan for what is sure to be a busy period ahead. As soon as we get the green light on the CCIF funding, work will start in earnest to finalise detailed plans for the building, put together a planning application and appoint contractors. There is lots to do in a relatively short space of time – March 2021 is a ‘hard deadline’ and though it might seem a long way off now, it will come around quick.

But what a dream it will be to finally do what many people thought would never happen, to restore Bricket Wood station to its former glory. And who would ever have guessed that it could be funded in large part by the train operator!

Happy New Year to all.

(and just to re-whet your appetite, the accompanying ‘artists impression’ is a reminder of what the restored station will look like)